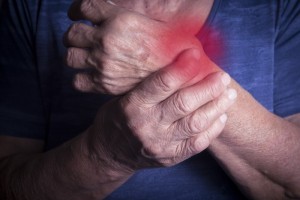 Arthritis can be a very debilitating, upsetting and painful problem. It is often seen as a sign of getting older but it isn’t really a straightforward condition as that. First of all it is not exclusive to the elderly and it isn’t a guaranteed symptom of getting older. In fact it is often a problem caused by your environment and lifestyle.

If you don’t look after your body and stay fit and healthy then you’re are making yourself more vulnerable to arthritis as you get older. Equally you can suffer from the condition after an injury or incident.

So how effective is reflexology as a treatment for arthritis, as a standalone treatment or alongside other therapies?

Arthritis is an inflammation of the joints often caused by wear and tear. This is why it is more common in the elderly but can be found quite in often in athletes and people in sedentary careers.

There are many different types of the condition and many ways in which you can suffer from it, such as through illness, injury and disease. The main symptoms are pain in the joints, often the feet and hands.

As a standalone therapy

Research from the University of Portsmouth has looked into reflexology as a painkiller. The research looked at how reflexology decreased pain sensations by causing the body to release chemicals that lesson pain.

In the study they found that the participants had a higher pain threshold and could withstand pain for a longer period of time than they could without the treatment.

This would indicate that reflexology is an effective ‘painkiller’ and therefore a useful treatment for a condition such as arthritis.  It’s not just with pain relief that it can help, it is also effective to improve sleep, improve circulation and reduce stress levels. These all lead to a happier, healthier well-being which would put you in good stead to deal with arthritis more effectively.

As a complementary therapy

We know that reflexology can be an effective option for sufferers of the condition but could it be even better in combination with other treatments such as aromatherapy?

It would make sense to use more than one therapy to treat arthritis. Using aromatherapy as a perfect example the two therapies would combine very nicely indeed.

Many essential oils used in aromatherapy have an anti-inflammatory features which would obviously be welcome to a sufferer of the condition. Use of essential oils during a treatment would also help create a relaxing environment that would put the patient in a calm state of mind and reduce blood pressure and their heart rate.

So it seems reflexology can be a very useful and effective form of therapy to help with arthritis as a standalone and as part of a wider group of treatment.

« Can massage reduce your stress this year?
Is a fit and healthy body crucial to excellent well-being? »