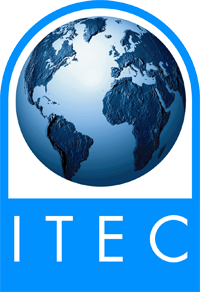 The International Therapy Examination Council (ITEC) has been awarding high quality and respected qualifications since 1947.  It is a leading UK specialist examination board providing quality qualifications allowing people to practise professionally in the UK and countries throughout the world.  ITEC currently has centres registered in countries in Africa, North America, South America, Asia, Middle East and Europe.

It is one of the world’s leading and most successful awarding bodies specialising in Complementary Medicine and Sports & Fitness Training.  During 2011 – 2012 ITEC conducted over 38,000 examinations worldwide.

ITEC Diploma qualifications are highly regarded by prospective employers who know an ITEC qualification means excellence in both theoretical knowledge and practical ability, as well as a rigorous and independent examination process.

Our Courses follow the latest ITEC QCF (Qualifications and Credits Framework) syllabi which were introduced by the UK government in September 2009 and revised in September 2012.

Successful completion of our Courses enables you to join the current voluntary regulator set up by the Department of Health – the Complementary & Natural Healthcare Council.